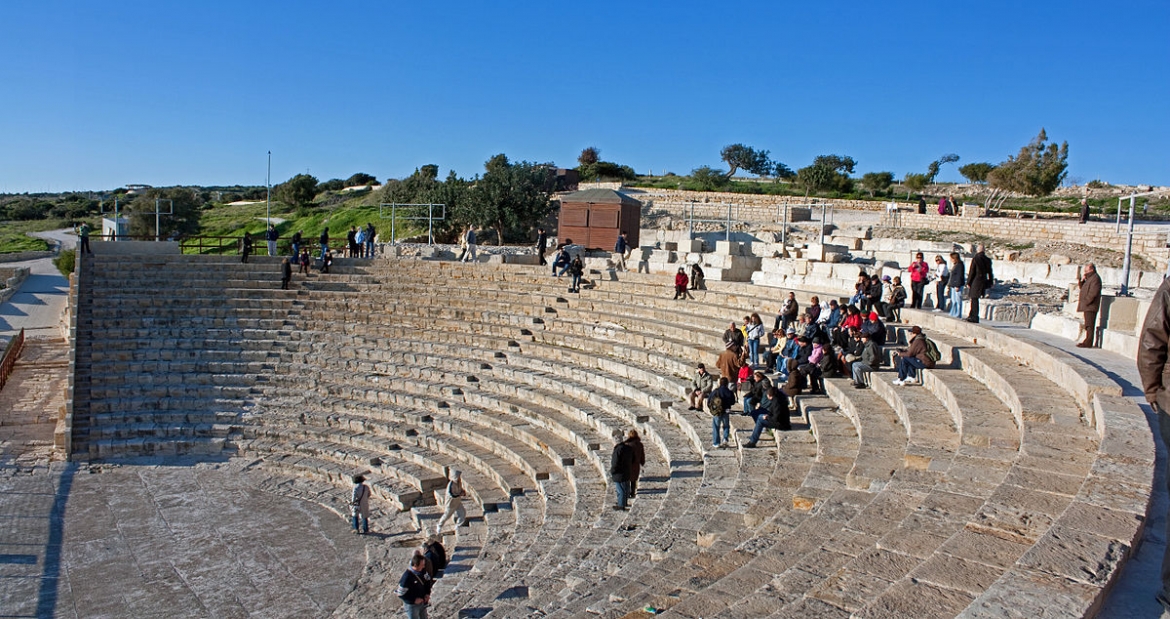 A village of mixed population in the Limassol district. It is found about 14 kilometers west of the city of Limassol and 40 kilometers east of Pafos, connected with them by a modern intercity highway. The greatest part of its area is included in the grounds of the British base of Akrotiri-Episkopi.Episkopi is built on the foothill of ancient Kourion with a fertile plain stretching to the south, at a height of 60 meters, close to the west bank of the river Kouris and overlooking the bay of Kourion.

The archaeological findings, found in almost the entire area of the community, reveal that during ancient times Episkopi was connected to the city of Kourion. During the first centuries AD, Episkopi succeeded Kourion as a center of the region and a seat of bishops.
The seat was removed during the Frank era (after 1222) when the Orthodox Episcopal seats of the island were reduced from 14 to 4.

Masse De Latri provides the information that in the 13th century Episkopi belonged to the aristocratic family of John D' Imbelin, Count of Giaffa.
During the 14th and 15th century the village was known with the name of La Piscopia dei Cornari (The Cornaros' Episcopate) and belonged to the Cornaro family from which the last Queen of Cyprus -Catherine Cornarou- descended. The King of Cyprus Peter I gave the Episcopate to the Cornaro family as a gift.

The rainfall in the area comes up to about 460 millimeters. The main crops are vines (table and winemaking varieties), citrus crops (lemons, grapefruits), vegetables, legumes, forage plants, and cereals. In the past cotton was cultivated in the area and -in older times -sugarcane. The stockbreeding of the village is advanced and includes modern stockbreeding units. The developed cattle raising places the village fourth -in this sector -in the district of Limassol.

Industry is restricted to various small-size activities such as the sawing of clothes, carpentry, and shoe making.

The small distance between Episkopi and the city of Limassol, and also the opportunities for employment in the area because of the operation of the British bases, the utilization of the important archaeological sites for the purposes of tourism, as well as the rare natural beauty of the region, have contributed to the rapid development of the community, transforming it to a modern town with all the comforts that has nothing to be jealous of from the other cities of Cyprus.

Today, Episkopi has at its disposal -among other things -Medical services, Banks and Cooperative Credit Societies, educational institutions, as well as a regional High school, a nursing home, a four-star hotel, an Archaeological Museum, tourist units, restaurants, supermarkets, recreation centers, stadiums that can host various athletic events, a cinema, a travel agency, a police station, and several associations and organizations.

The structure of the population of Episkopi has undergone great changes. In 1881 it had 830 inhabitants and was the second most populous village of the Limassol district. In 1931 the inhabitants came up to 1000 and in 1960 to 1987. After 1964, because of the inter-communal unrest that followed the mutiny of the Turkish-Cypriots, the number of Turkish-Cypriot inhabitants of the community increased particularly; many of those that were settled in small communities within other villages of the Limassol district transferred to Episkopi, as well as in other villages, within the context of instructions by Ankara for the creation of Turkish strongholds in the island. After the Turkish invasion of 1974 and the occupation of the north part of Cyprus, the Turkish-Cypriot inhabitants of Episkopi abandoned their village and transferred, in January 1975, to the occupied part of Cyprus. Later on Greek-Cypriot refugees settled in the village, housed in refugee self-help settlements. In 1982 the inhabitants of the village along with the refugees numbered 2539, which places the village on the 8th position -in population terms- in the district of Limassol.