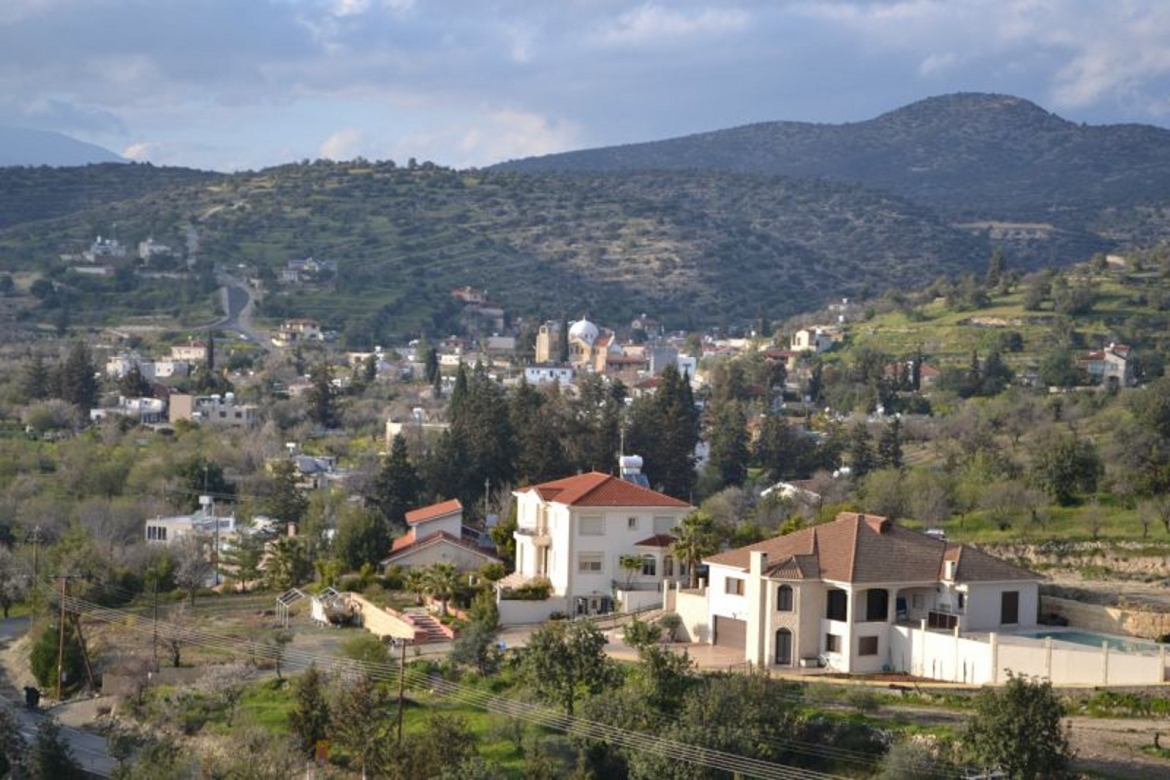 The village of Fasoula is in the district of Limassol, at a distance of about 10 kilometers north of the city of Limassol, between the villages Mathikoloni, Apsiou, and Spitali.

The village is built at an average altitude of 370 meters and receives an average annual rainfall of about 550 millimeters. Locust, almond, and olive trees, cereals, as well as a few citrus trees are cultivated in the area of the community. As far as stockbreeding is concerned, it only operates in a limited manner.

From the perspective of transportation, Fasoula is connected via turnpike roads to the city of Limassol on the south, and the village of Spitali in the west. It connects via a macadamized street to the village of Apsiou in the north and with the village of Mathikoloni in the east.

The village existed since the Medieval years and it can be found marked in old maps under the names Fasula and Pasula. However, the area of the village was inhabited ever since ancient times. Indeed, there was a temple dedicated to "Lavranios" Zeus in the southwest of the village, at a distance of about 800 meters on top of the venue named Kastros. This hilltop is today known under the name "Moutti tou Dhkia" (Hilltop of Zeus). Inscriptions -all engraved on pedestals of statues -dedicated to "Lavranios" Zeus have been found on this hilltop. These inscriptions date back to the 2nd century AD, that is, at a time that Christianity had already become dominant in Cyprus. So it seems that the region of Fasoula was one of the last strongholds of paganism.

The origin of the village's name is not certain. There are several versions for the etymology of the name of the village but the prevailing ones are:

The village, according to tradition, took its name from the First Settler whose name was Fasoulas and was a monk.

Some believe that it originated from "fasolia" (beans) which they assume were cultivated in the region in previous times, something however that is not certain at all.

Another version, which is the most probable one, reports that the village took the name from the Frank word "Fasoula" that means reaping hook -the known instrument for harvesting. If we assume that sowing and reaping was the main occupation of the inhabitants in the region then this becomes the most probable explanation for the name of the village.

The natural environment of the village is truly unique. During springtime, the verdurous valley with its blooming almond-trees and the crops create an amazing sight. The village has many things to offer to its visitors. The Tomb of St. Reginos and its old chapel, the large church and the tiny chapel of St. Marina are buildings with remarkable architecture.

The Rural Museum of the village, with tools used by the people of older times, is also quite interesting.